The Journey toward Leadership

The Journey toward Leadership 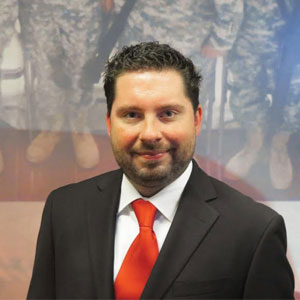 As a young Marine, I envisioned the larger goals of being in management. Back then it was really a phantom vision because I was only 17 years old, but at least it was a vision of sorts. As my career progressed from being a basic technician converting the station out of Banyan VINES to Windows NT, Coax to Ethernet (climbing in ceilings amongst Asbestos-like insulation), workgroups to domains and moving into a data center to provide Tier 3 support, that vision began to mold within the Joint Call Center (JCC) aboard Marine Corps Air Station (MCAS) Beaufort, S.C. I began to see what effective and ineffective leadership was and how I felt, which allowed me to grow and eventually become a leader.

The hard work started to pay off and I transferred overseas and co-managed one of the smallest data centers you could imagine, only consisting of a couple of servers that were largely controlled by the parent organization. Alas, it was the next step in growing responsibility and overall progression. My next step in progression was to a Marine Corps Network Operations Center (NOC) that had satellite sites in all 50 states consisting of roughly 20,000 workstations. That’s where I began to see opportunities for leadership, and in turn, leadership began to see opportunities in me. I soon picked up a Staff Noncommissioned Officer (SNCO) assignment as a young sergeant where I led a section that was responsible for the research and development of bleeding-edge technology solutions including web- based solutions. There, I led a team of junior Marines and skilled contractors on a monumental task of building and implementing a nationwide SharePoint environment. While we hit our bumps in the road, through communication, we succeeded. This SharePoint environment became the staple source for collaboration and the storage location for many operational documents that dictated the overall mission and results of units across the nation.

​These values—Integrity, Commitment, Advocacy, Respect, and Excellence— define our culture and strengthen our dedication to those we serve

While it was a tough choice to exit the Marine Corps, it was time and I was approached by Smartronix, Inc., which made me aware of their vested interest in the Marine Corps community. After talking with one of their program managers that night, I accepted their offer. Transitioning out of the Marine Corps was a bear to tackle but it was in my best interest and that’s when I landed at the Marine Corps Logistics Command (MARCORLOGCOM) Data Center managing and supervising a team of contractors in data center operations. One opportunity led to another and I became the Data Center Architect mastering skills in data center management and cybersecurity tasks, most-notably earning my Certification & Accreditation (C&A). Those same skills helped me reach the level where I currently sit – the federal government—supporting Marines as a civilian employee. This job afforded me the opportunity to receive hands-on experience at a Marine Corps maintenance depot, one of only two in the Corps. I followed that experience by sharpening my cybersecurity knowledge and skills building accreditation packages and working directly with personnel responsible for entire systems. Opportunity knocked again and I answered to become the IT Branch Manager for the Marine Corps maintenance depot where I learned valued lessons in facilitating communication.

Not only was I back in the seat of managing a team of diverse individuals, I took this opportunity ahead of a massive effort that would ultimately combine the only two Marine Corps maintenance depots into one consolidated Marine Depot Maintenance Command (MDMC). Initially, communication was tough as I had little to provide my employees. I experienced a short period of confusion and nervousness. Shielding and protecting my own personal feelings from my employees was very trying. Change can cause the most confident of people to shut down and it was easily seen in every one of my employees. Through consistent engagement, feedback and reassurance, I regained the confidence that they desired.

Upon completion of the consolidation, a dear friend of mine contacted me regarding a SharePoint opportunity with the Department of Veterans Affairs. I took the offer to join the fight in supporting our veterans. This opportunity led me back in direct technical support where I developed nationwide applications to assist many functions that directly impact our veterans. A follow-on opportunity provided me an enterprise support role supporting the entire VA and now I provide support to the Veterans Benefits Administration (VBA).

No matter the position, VA-wide, “I CARE” is the service motto and charge to our veterans. These values—Integrity, Commitment, Advocacy, Respect, and Excellence— define our culture and strengthen our dedication to those we serve. They provide a baseline for the standards of behavior expected of all VA employees, which I take seriously.

Check This Out : CIOReview Overview, Muckrack