Startups- The Enabler and the Disruptor

Startups- The Enabler and the Disruptor 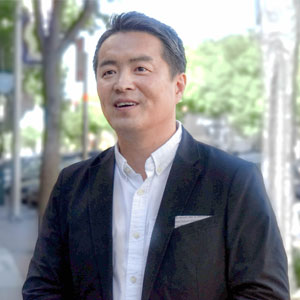 Tokio Marine Group is the insurance group with 140years history and global sales of approximately four trillion yen. Based on my experiences (struggle), I would like to consider open innovation in large companies with large existing operations. Our company is still under way and I have been lost in various ways but I have considered how to tackle with open innovation with start-up, especially with disrupter.

When looking at a startup, we distinguish it into “Enabler” (a player who provides a solution to us) and a “Disrupter” (a new entering player in the same industry using new technology as a weapon).

Proceeding with enabler is relatively simple. The agility of Finding-PoC-Introduction and frequency is significant. Perhaps it may take some time to knock down NIH(Not-Invented-Here)Syndrome!

Moreover, the collaboration with disruptors is more of a trouble thing. Some internal people see disruptors just as competitors. And, why don’t we find them as a “set of proven solutions?” Because, disruptor develops solutions in view of solving the weakness of existing players, and complaints we received. In other words, wherever they are being evaluated by customers, there are big significant hints for existing players.

It is wrong to think that it is not impossible to copy them by our internal development. There is a reason for each of the things that have not been done before (conflict, lack of engineers, lack of UX design power, lack of development speed, just don’t feel like it,etc.) If your company took some time to make the same thing, during that time disrupter’s solutions would repeat improvement once in two weeks, 10 times. The thing you should copy is not the solution itself but its UX thought and agility. This cannot be done overnight for large companies

It is also essential to explore the possibility of alliances (accept consulting, create joint venture, with/without investment) from the best outside player without over paying attention to self-construction.

Regarding enabler, where the repeatability of introduction effect is not necessarily high, whereas the effect of the solution of the disrupter has already been demonstrated and it is "Set of Technologies" packed as a series of business process.

When looking at a startup, we distinguish it into “Enabler” (a player who provides a solution to us) and a “Disrupter” (a new entering player in the same industry using new technology as a weapon)

Besides, the most difficult partnership with the disrupter is internal persuasion. If the scenario as described above is not at the head of your employee, it is natural that the question "Why invest in and tie-up with rival players?" appears, and there is a hurdle in the company’s internal persuasion and it takes time.

One should note that if some enabler doesn’t fit, there are often one or two similar companies in each sector. On the other hand when it comes to really good disruptors, if they are brought to the rival company, there is none remaining, and when the rival company successfully makes an alliance, it will be forced to face a very painful fight. We should make internal people understand this fully, promptly express "positive(not hostile attitude towards alliances"evaluate the possible chemistry of both” and should be able to start some kind of first step such as “joint effort even as small scale.”

The introduction of the solution itself is the main objective but as you advance intimate alliance with young companies, a little old-fashioned culture of your company begins to change gradually. The idea which had never been before is born inside the company. Regular communication was improved and the meeting may have been shortened a bit. I wonder what was destroyed by disruptors that would bring such an effect.